Man has been fighting another man since time immemorial. Whether it is to restore pride in the battlefield or to protect his clan, or whether it is to vent out his anger over societal disputes or to simply mask his vulnerability. The reasons have been varied but eventually it is indeed the need for survival and in the quest for a more profound life that man learnt how to fight. Martial Arts, is as old as heroism of men and his constant rows with his basic instincts.

India is home to a variety of fighting styles, with each focusing on not just fighting techniques but also on the purpose of imparting knowledge. Here’s a tribute to some of six most popular and powerful martial arts of India that are still alive and kicking. 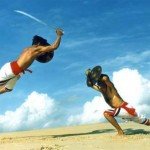 One of the oldest forms of martial arts, Kalaripayat or Kalaripayattu incorporates strikes, kicks, grappling, preset forms, weaponry and healing methods in its fighting technique. It is practiced in Kerala and some parts of Tamil Nadu and Karnataka. The art has also made it to movies, even found a place in international flicks, namely, The Myth (2005), The Last Legion (2007), and Japanese manga Kenichi: The Mightiest Disciple. 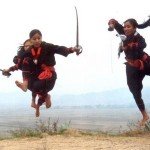 Thang-ta is a popular form of martial arts, created by the Meitei tribes of Manipur. Practiced by both men and women, its origin dates back to the 17th century where warriors would engage in a fight to settle disputes. This style basically uses sword (thang) and spear (ta), apart from shield, axe and other weapons. Thang-ta is popular in other parts of India as well, including Manipur and Jammu and Kashmir. 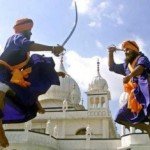 Gatka is an ancient art of self-defense that originated around 4,000 years in Punjab. There are many associations like Punjab Gatka Association (PGA) and Gatka Federation of India (GFI) that constantly organize competitions to promote and showcase, and to revive the dying art. Gatka uses wooden sticks, and is an excellent way to defend, learn perseverance and exercise self-control. 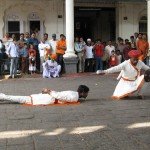 Mardani khel is a fighting system created by the Marathas of Maharashtra and practiced primarily in Kolhapur. The martial art focuses on swift movements and uses weapons like swords, bagh nakh and bichawa. Mardani khel has a historical significance and is truly a legacy passed on from the past to the future generation. 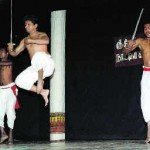 This martial art uses chiefly a sword and a shield. ‘Pari’ means shield and ‘khanda’ means sword hence the name Pari-khanda. Created by the Rajputs from Bihar, Pari-khanda steps and techniques were used to defend the village in earlier times. The styles and elements of this fighting form are also used in the local dance, the Chhau dance. 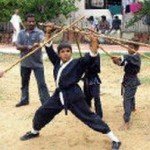