As I am growing older, it is becoming difficult to remember all of my childhood days. Sometimes things get blurred as if my mind is fogged or I am watching the world with teary eyes. Few things I still remember vividly, where as many others I recollect only in bits and pieces. But every now and then I get flashes of my past; certain smell, sight, sound, or even a faint feeling sends me spiraling down the memory lane in search of something familiar and known.

Nostalgia is like a savings account where we keep stock of good moments to use whenever we feel low or simply to escape life for a brief period. Today, I am borrowing a few moments from Takdah collection. Not that I am sad, but because it’s been a while since I have travelled this particular road, literally!

Takdah, a quaint little Himalayan village, occupies a quarter of my memory bank. It is a colossal amount considering that I used to visit the place only once or twice a year; have never lived there permanently. My paternal grandfather and grandmother lived in Takdah house.

This post on Takdah will appear in three series: The man, The woman, and The house. Below is its first installment.

Gautam Buddha left his palace in search of the truth. My grandfather did not exactly leave his humble abode, but he did not follow the traditional family path either. Being a restless and phenomenally curious person, he was always in search of something, as if he was trying to reach some place, or perhaps he was running away from life.

Thulobaba (grandfather in Nepali) was this tall, intelligent, handsome, and a westernized man. He wore plaid shirts, read Shakespeare plays, he liked his bread with marmalade and ate his meals with a spoon, and he talked about the world as if he’s seen it all! Maybe his love for reading (and curiosity) made him a worldly person. He was an atheist; he didn’t believe in idol worship and going to temples, nor did he conform to the norms and rituals of society. He was indeed a free and unfettered man. His intellect, artistic abilities, and army background made him look formidable, but in reality he was a simple man with a few basic needs.

When I think of Thulobaba, the first picture that comes to mind is that of a man sitting on his bed reading a book or working on a complex mathematical equation. His pens, pencils, compass, magnifying lens, and papers neatly organized on his side table. The window of his room always open, and a white curtain dangling and dancing in the wind. He occasionally watched TV or listened to the radio. Outside his room, there was a small lounge area with tons of books neatly piled up in shelves and bookcases. Books were his best friends. He was an avid reader and had books on varied subjects, from psychology to philosophy to astrology to civic history to Bernard Shaw to Oscar Wilde. As a little girl who was fond of reading, his collection always fascinated me. During every visit I would browse through his library, pick a new book, and let my mind wander away to faraway lands. I would ask him if I didn’t understand anything, and he would explain with such passion and great details as if he had read the book a hundred times!

My grandpa was a multi-faceted personality who had a thirst for knowledge and a drive for learning new things. He was a gifted individual, who excelled at most hobbies he tried, whether it was photography, astrology, directing plays, or even learning languages. He spoke in English and Nepali, and was mesmerized by Bengali – a language he did not understand. However, he picked it up…not only did he learn how to speak, he also taught himself how to read and write. Later on, All India Radio would regularly invite him to give talks in Bangla, especially during Rabindra Jayanti. With a bachelor’s in Philosophy and a master’s degree in English Literature, he served in the British Indian Army and later worked as a teacher. He was a fine and popular teacher! Additionally, he was excellent in Mathematics, and used to provide coaching classes to high school children.

My mother says he was a popular astrologer and he would regularly cast horoscopes for people and predict their future. I reminisce him drawing charts, talking about astrology houses, and calculating the position of planetary objects. Apart from astrology, Phupa, as we fondly called him, was interested in astronomy. He would frequently work on coordinates on a world map, infact he had even made a sundial of Takdah! Because of his love for stars and celestial objects, we would regularly go to the terrace and watch the sky through his telescope. Up there he would give us discourses on Milky Way, Orion, Jupiter, and Dhruva Tara. He would excitedly point to some dots and lines and say, “Mithu, look there…that’s the seven stars…that is you.” My name, Krittika, is a part of a cluster of seven stars. If the night sky charmed him, the morning sky enticed him. I have this memory etched in my mind where we would wake up really early and go for morning excursions. All his grandchildren walking to Tinchulay, a good 3 km walk, to witness the sunrise. Its timing perfectly calculated by him. He would wear layers of special glasses to look at the sun, and as children we would giggle looking at them!

Apart from Tinchulay, we would also go on long walks to different places in Takdah. I remember going somewhere near Rungli Rangliot where we would walk into the cedar and pine forests, and pick katoos (pine nuts). As we would walk on those steep and meandering roads, we would marvel at the British bungalows and tea gardens, and have a little stop at an orchid garden. The orchid center near Club House had an amazing collection of unique Himalayan orchids.

Like the rest of my family, Thulobaba loved dogs. In my mind’s eye, I can still see him basking in the sun and feeding glucose biscuits to the local dogs. When we visited Takdah, we would bring our three dogs – Browny, Bruno, and Guffy along, and so did my other cousins. So whenever there was a family gathering, Takdah house would be alive with barking dogs and screaming children.

Another hobby he liked and topped was photography. He had a crude box camera and even a makeshift dark room where he used to develop his own films. One of his photographs, which he famously titled, Upon the Tiger Hills, is my dad’s favorite. He shot and developed this picture when my dad was seven or eight years old. Always in search of new angles and lighting sources, he would also try clicking his own picture or taking a selfie, as we now call it!

Phupa even tried his hands in music, in his 50s. He started with violin, later he learned to play sitar and other instruments like tabla. I still have a vivid memory where he is playing the sitar or cleaning the veena, fixing his violin strings, or singing ‘sa, re, ga, ma, pa’ on a harmonium. Sometimes he would make his grandchildren recite after him. He wanted us to learn a few of these instruments, but I never got beyond choosing harmonium as my main instrument in music class and playing it a couple of times a month. Like me, my other cousins also never learned any kind of music.

My grandpa passed away when I was in college, in 1998, and even though it’s been 20 years, yet I have such strong memories of him and our times together. Also because I shared a special bond with him and always believed that I was his favorite among his six grandchildren. I still remember those letters I wrote to him in pretty letter pads, designed and decorated in red, blue, and green by my little hands. Whenever we visited Takdah, the first thing I would do was, go and hug him; I was very fond of him. During the rest of my stay, I would keep going to his room – his room soaked with knowledge, wisdom, information, and a whole lot of mystery. Every day was a different day with him. If today was about Sigmund Freud, tomorrow he would narrate tales of Romeo and Juliet. Some days we would play harmonium. Other days, he would talk about cities and countries scattered on his globe.

Even as a child with no mind of her own, I knew Phupa was different. Indeed he was, unique, elusive, and miles away from the actual world. My grandfather lived in his head and as my dad rightly says, “He virtually lived all alone in his own world of knowledge and hobbies!” I believe that everyone we meet has something to teach us. One valuable lesson I gained from Phupa is, we must always keep our books, eyes, and mind open for knowledge is an important and interesting asset to have. Another lesson is, we don’t have to live in a big city or go to a fancy university to learn things. All we need is a couple of good books and a solid drive, and then we can teach ourselves a thing or two! I see glimpses of my grandpa in me. Like him, I am a restless soul, an observer of life, and there is a deep hunger in me – to read, to write, and ever so greedy to do different things. And I can be a recluse too. I always thought I was a bit loony, but now I wonder if I inherited this trait from him.

Bikram Kumar Niraula, my dearest grandfather, was a special man. He indeed lived a rich and nourishing life; his life filled with reading and learning, all the way to the end.

The second part of Takdah Diaries will feature my grandmother, an equally interesting and a unique person. So watch out this space for the second installment, The woman…

A glimpse of Takdah… 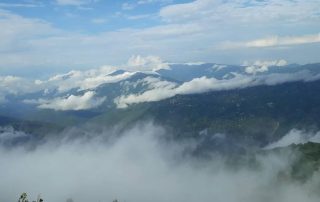 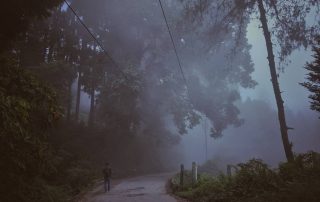 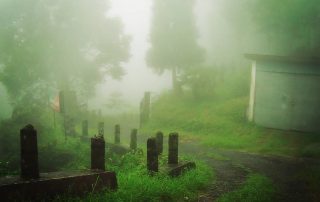 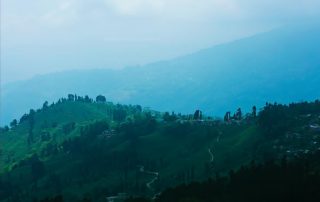 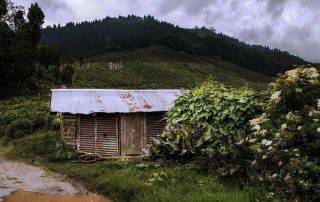 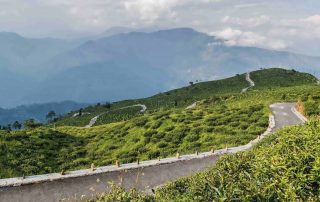 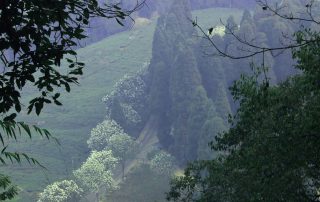 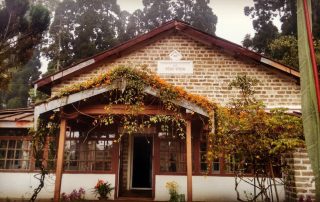 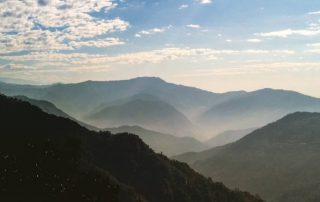 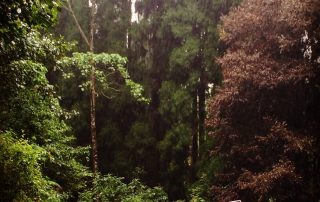 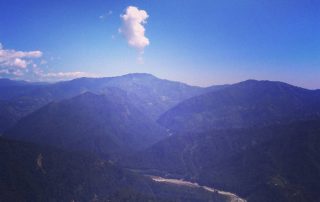 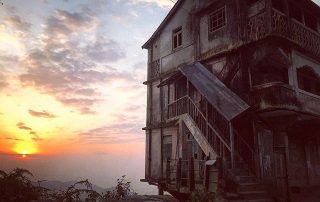 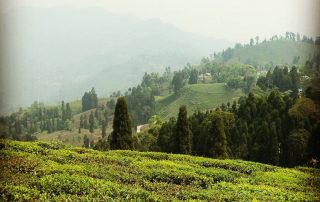