Home/FEATURES/NRI/Taking the lead abroad – 2
Previous Next

You can say a lot about a country, how progressive it is and how it fares in terms of civilization, by the way it treats its women. India performs quite well in the scale, considering the fact that ours was a country that penned and permitted some of the most malicious practices like sati (widow burning) and prohibition of widow re-marriage in the bygone days! By imposing ban on such man-made laws and promoting equal opportunity, the country is working towards lifting the status of women. There is Hope and we see Hope everywhere. Be it in the form of increase in women’s entry in male-dominated arenas like sports and politics, or an ever-increasing percentage of them in workforce, or more and more women talking openly and demanding explanation about harrowing tales of domestic violence and gender biases!

With grit and grace, Indian women are moving forward in a new direction…making their own choices and carving their own path, not only domestically but internationally too. We share stories of some more remarkable women of India descent who’s done remarkably well in the United States. These names are synonymous with everything that is inspiring and pioneering. 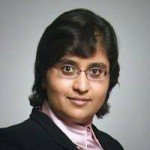 Born in Massachusetts, Dr. Anita Goel is a Harvard-MIT-trained Physicist-Physician. She is also the Founder, Chairman and CEO of Nanobiosym, Inc. In 2005, Goel was named as one of the world’s top 35 young high-tech innovators by MIT’s prestigious magazine. In June 2010, Dr. Goel was invited by PCAST to help carve a roadmap for harnessing nanotechnology to stimulate the US economy! 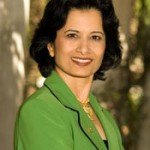 Renu Khator is the first Indian-American to become the Chancellor and President of a major university like the University of Houston. Khator was born in Farrukhabad, Uttar Pradesh, where at the age of 18 got married to Suresh, a professor and associate dean of the University of Houston’s Cullen College of Engineering. Their daughters, Pooja and Parul are both ophthalmologists. 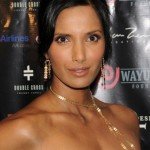 Padma Parvati Lakshmi is a talented woman. She’s an author, model, actress and a television host. Born in India and raised in United States, Padma has modeled for many top international designers. She’s played host for a plethora of shows on television like the Top Chef. Apart from cookbooks, Padma has written for magazines like American Vogue and Harper’s Bazaar. She also has her own jewellery line. 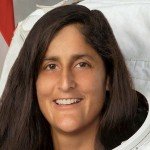 Sunita Williams is a United States Naval officer and a NASA astronaut. Her father, a famous neuro anatomist, is Indian and mother, Slovenian. Sunita’s husband of 20 years is a Federal Police Officer in Oregon. She holds three records for female space travelers: longest spaceflight (195 days), number of spacewalks (four), and total time spent on spacewalks (29 hours and 17 minutes). 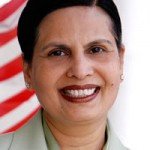 Swati is a former Iowa State Senator, and the first Indian born American citizen to win a state legislature seat in the United States. Swati is an ardent community volunteer as well. Her husband, Arvind, is the CEO/President of Fastek International, elder son, Ajai, is a doctor and younger son, Govind, a Financial Analyst with Google. 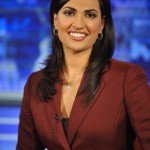 The pretty face that used to co-anchor World News Now and America This Morning on ABC is Vinita Nair. Nair, born in Kerala and raised in United States is now a freelancer. She’s married to Osman Nawaz and is based in Texas. 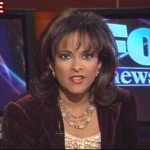 Uma Devi Pemmaraju is an anchor and host on the Fox News Channel and currently anchors America’s News Headquarters from Washington D.C. Uma was born in Andhra Pradesh but raised in San Antonio, Texas. She is the recipient of Emmys and many other awards, and also has been a visiting professor of journalism at Emerson College in Boston and Harvard University’s Kennedy School of Government.