Often times, with a solid history and storyline justifying their actions and moral conduct. These characters may not have the most meat, but they are delicious anyways!

It is hard to announce the top five from a long list of praise-worthy nominees. So, here’s enlisting them from recently watched shows.

A good-looking saint who thinks he is a sinner.

Mahone is an FBI agent who murders a serial killer. This incident sparks a chain reaction and causes a series of repercussions. He gets divorced, son gets killed, becomes dependent on prescription medicines, loses his job, goes on a killing rampage, and basically transforms from a saint to a sinner. But, Mahone – with his grit and determination – rises and roars again. William Fitchner showcases his amazing acting ability, and also brings his own charm and personality into the character. He so rightly deserves all the awards, appreciation, and applause! 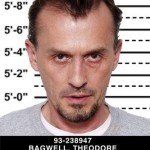 This t-bag is dark, strong and bitter, and powerful enough to wake you up in the middle of the night.

T-Bag is a snake, poisonous as hell, but who can be tamed in the care of a good master. T-Bag is an unlucky bloke; ruined by bad genes, punished by fate, and destroyed by love. Also, he has a tremendous lineup of words attached to his name. Words like murderer, sadist, rapist and pedophile are enough to label anybody as a sick man. But, once you look into his past, you’ll understand him better. T-bag is also intelligent, resilient, smart, and a charmer. With a mouth full of explosive vocabulary and a mind clogged with cruel intentions, Bagwell bites the audience right from the start. 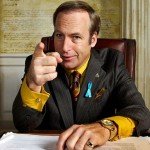 A good man with a soul.

Saul is a criminal attorney specializing in laundering drug money, and also a middleman between criminals and drug lords. He operates out of a cheap strip-mall office and features in a melodramatic TV commercial calling potential clients to “Better Call Saul” when in trouble. And when in trouble, Saul rescues his clients from all their dirty activities. Besides being harmless and trustworthy, he really cares and doesn’t give up on them. He takes his job very seriously. Saul Goodman is the problem solver or the kind of go-to guy you always wanted to have in your life! 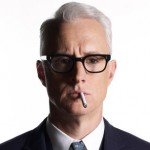 Roger Sterling is “the ultimate mad man” born with a sole purpose, and that is to have a good time on earth. His innumerable flings, fine dining (and wining), and wild ventures like the LSD trip rightfully support the claim. Roger also has an enviable ability to deal with any problem with a wink and humor! Besides being wealthy, he is cultured, smart, witty, unapologetic, and a smooth talker who can charm his way into any woman’s heart (and into his client’s bank). The flamboyant fella is a live wire who can light up any room with funny jokes and one-liners. He is the one who provides most of the laughs in this groovy yet intense drama. 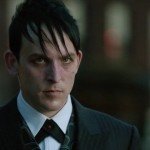 This penguin is a shark in disguise!

From an umbrella man to Gotham’s feared don, this Penguin knows how to win a race…slowly and steadily. A loving son, a loyal friend, a nightclub owner, a passionate man, and an aristocratic mobster, the Penguin wears many hats! He is also the kind of gangster who believes in bringing fairness and justice to crimes, and conducting business in a gentlemanly fashion. With his tuxedo, spiked hair, bird-like nose, and that awkward gait – Robin Lord Taylor as an underworld don is magnificent. There is such honesty and nakedness in his portrayal. So much that you are able to see through and feel his pain and his secret desire to belong somewhere or to someone!